Drop The "A" Word - Not all crashes are accidents

There Are No Accidents 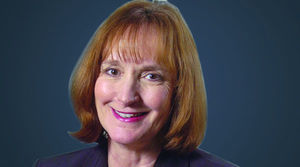 By Marsha Mercer
I learned as a rookie newspaper reporter that there are no accidents in life — none involving cars, trucks or motorcycles, anyway.

“Accident” implies an event that’s beyond our control. Because reporters cannot know what’s in a driver’s mind, we can’t say something is an accident.

Copy editors weren’t the only sticklers for the right word to describe highway misfortune. Years ago, the National Highway Traffic Safety Administration tried to expunge the concept of traffic accidents.

By eliminating the word in speeches, news releases and publications, it hoped in 1997 to re-educate people that car wrecks weren’t acts of God but predictable and preventable events.

The agency also launched a “Crashes are not accidents” campaign. From time to time, other groups have taken up the cause, but people hang onto the idea of tragic highway accidents. Now, though, while we can’t stop the lethal combination of speed and distance, we at least buckle our seat belts.

Drop the "A" Word

Crimes are not "accidents".