Drop The "A" Word - Not all crashes are accidents

94% of Crashes are Not "Accidents"

This recently released survey from NHTSA supports the contention that human error/behavior is responsible for the vast majority of crashes. 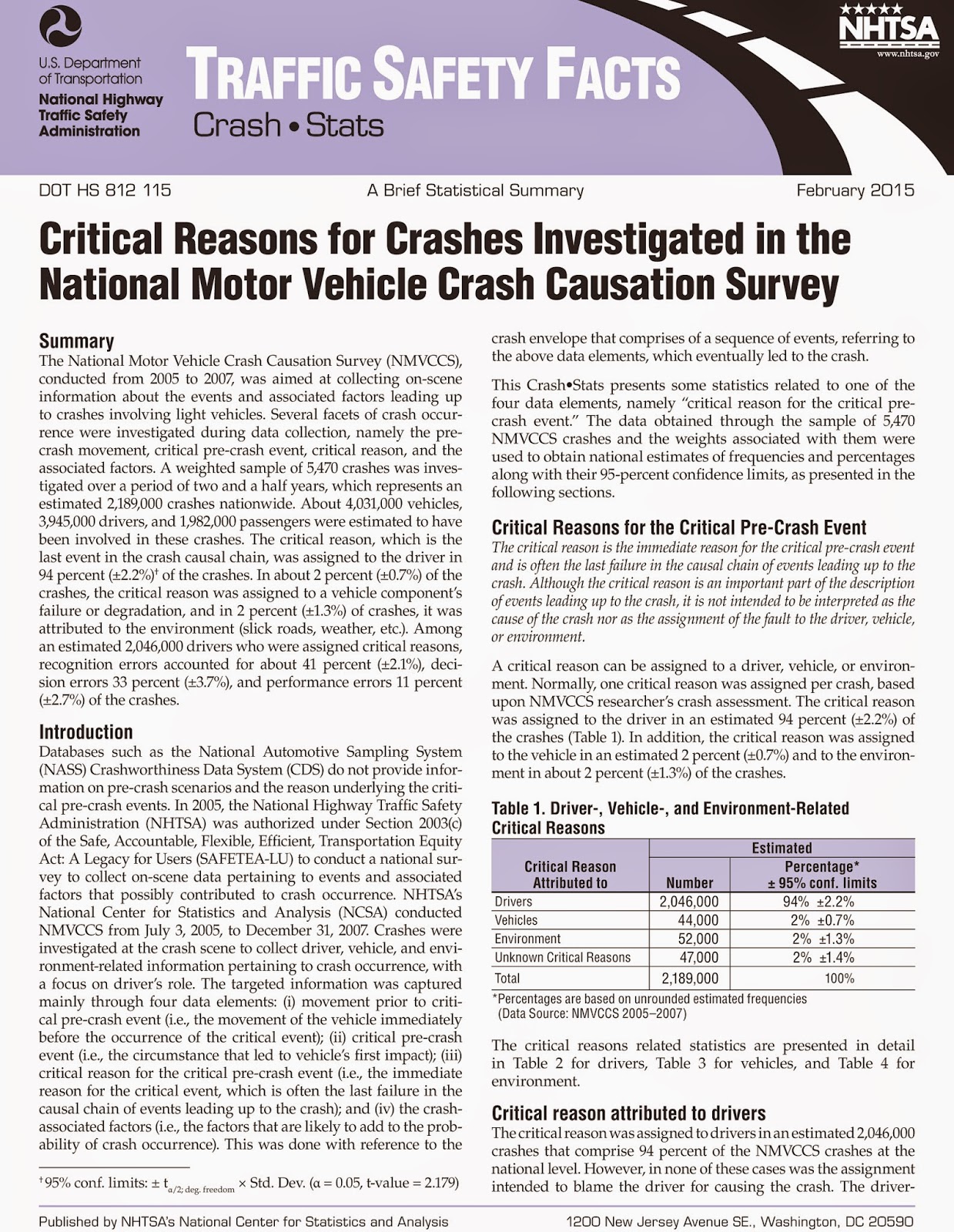 The National Motor Vehicle Crash Causation Survey (NMVCCS), conducted from 2005 to 2007, was aimed at collecting on-scene information about the events and associated factors leading up to crashes involving light vehicles. Several facets of crash occurrence were investigated during data collection, namely the pre-crash movement, critical pre-crash event, critical reason, and the associated factors. A weighted sample of 5,470 crashes was investigated over a period of two and a half years, which represents an estimated 2,189,000 crashes nationwide. About 4,031,000 vehicles, 3,945,000 drivers, and 1,982,000 passengers were estimated to have been involved in these crashes. The critical reason, which is the last event in the crash causal chain, was assigned to the driver in 94 percent (±2.2%)† of the crashes. In about 2 percent (±0.7%) of the crashes, the critical reason was assigned to a vehicle component’s failure or degradation, and in 2 percent (±1.3%) of crashes, it was attributed to the environment (slick roads, weather, etc.). Among an estimated 2,046,000 drivers who were assigned critical reasons, recognition errors accounted for about 41 percent (±2.1%), decision errors 33 percent (±3.7%), and performance errors 11 percent (±2.7%) of the crashes.
Posted by Drop the "A" Word at 9:28 AM

Drop the "A" Word

Crimes are not "accidents".